This is not a sponsored post, but both Alice & Whittles and Everlane sent me these boots so that I could share them with you. The links that I use in the review are affiliate links, and if you choose to make a purchase through my links I will make a small commission. Thank you for supporting Truncation!

You may have noticed that what seems like every ethical fashion blogger (including myself) has been sharing their new Alice & Whittles rain boots… and then Everlane just released their new line of rain boots.

When Everlane reached out and asked if I would be willing to share their new rain boots with you guys I thought it was the perfect opportunity to help you guys out by doing a comparison of the two boots.

As a blogger, I realize that I have the privilege of owning both pairs of boots, so I’m hoping that by writing this comparison review you can make a more educated decision on which style is right for you.

So let’s compare shall we?

Let’s start with the obvious:

While the Alice & Whittles boot is as minimal as you can get, the Everlane boot is the exact opposite.

The A&W boot is sleek and streamlined. They have a traditionally classic design with no real bells and whistles other than a hook ring at the back to help pull your boot up, but like I said before, their real charm is in their classic design.

The Everlane boot is chunky, and almost utilitarian. They slightly remind me of my Blundstone boots in that they are, well, a substantial boot. They feature a chelsea boot style, a substantial tread, and a cap toe.

As far as design goes, this may be what makes the decision for you.

If you’re looking for more info before making your decision here’s how they compare in fit, comfort, and quality:

“Handcrafted using 100% natural fair-trade rubber from farms that are FSC-certified and audited by the Fair Rubber Association.

The A&W boot is very lightweight. They run narrow (which may also be a deciding factor for my wide footed friends) so A&W advices sizing up… I concur. I went for a whole size bigger, and while they are a bit loose, with a heavy sock they fit perfectly. The tread on these boots is not as substantial as the Everlane boot, but it does have a nice ridged bottom that prevents slipping. They do a great job of keeping feet dry in rainy weather, but because the shaft is slightly wider I would suggest tucking wool socks for heavy rainfall. Overall, they feel very well made.

+ Made in Suzhou, China”

I found the Everlane boot to fit TTS, but with that said I don’t plan on wearing them with anything other than a substantial sock. If you are planning on wearing slim socks I would suggest sizing down a half size. The Everlane boot is (again), the opposite of the A&W boot in that it is actually quite heavy. I wore them several times while running errands, in several hour stretches, and they remained comfortable, but I do have a feeling that the weight of the boot would cause some leg soreness if worn for large amounts of walking over an extended period of time. With that said, these things would keep the worst of weather out. I wore them on a rainy/sleety day and my feet stayed dry and toasty. The narrow shaft keeps everything out so these would even work with a skirt or dress come spring.

I only have one “complaint” with each pair of shoe, and they both are wearability issues:

For the A&W boot, I find I have the same complaint that I have had with most traditional rain boot styles: the inflexible rubber from the top of the shaft to the top of the foot. In my opinion it makes these types of shoes really hard to drive in, and slightly uncomfortable to walk in. If you’ve had other classic rain boots before, and haven’t noticed this issue then you are probably not going to have a problem with this. If you have had similar feelings about other rain boots, then you’ll probably agree with me here. However, I wouldn’t necessarily let that stop you from trying these unless you plan on driving with them a lot.

For the Everlane boot, you’ve probably already guessed that it’s the weight of the boot that gives me slight pause. Like I mentioned above, this isn’t a huge problem unless you plan to use these for doing a ton of walking. It’s not that the boot itself is uncomfortable, it’s just that the weight might fatigue your legs after long stretches.

So which one is my favorite?

Honestly? I like them both… for different reasons. But if I had to keep just one it would probably be the Everlane boot. The ultimate reason being that I do drive a lot so the aforementioned issue with the A&W boot is a factor for me, and I just like the overall style of the Everlane boot better.

I really don’t think you can go wrong with either boot, and with the price set at $96 for A&W, and $75 for Everlane they are both pretty equal in pricing.

With that said, I hope this comparison does help you if you were waffling between the two. I think, ultimately, it will come down to style for most people. They are both great boots from great companies so either way you win.

Which one do you lean towards?

Link to Alice & Whittle Boot that is shown in these photos is here.

Link to the Everlane boot that is shown in these photos is here. 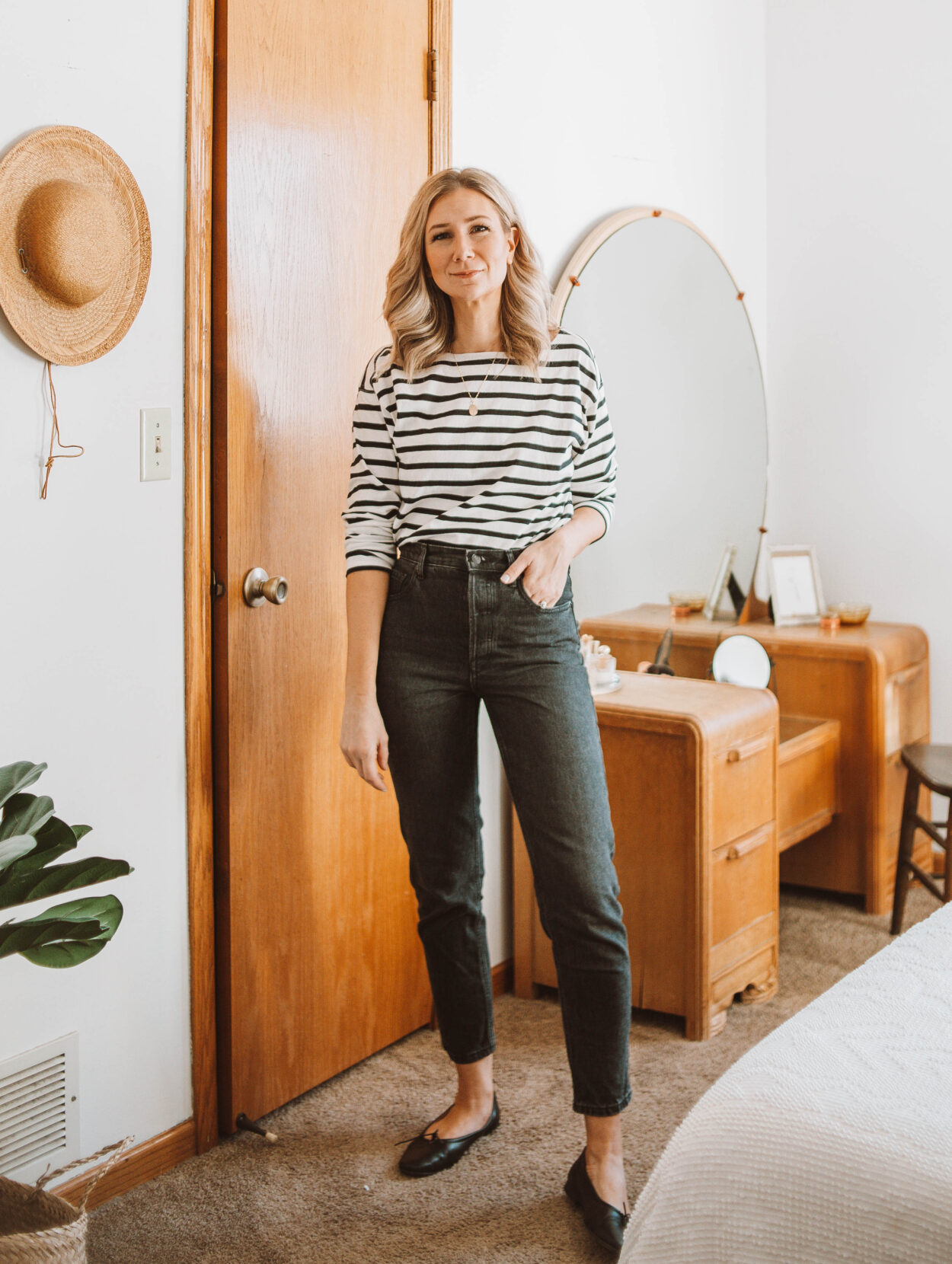 Everlane Denim Guide: Every Style from their Website Reviewed 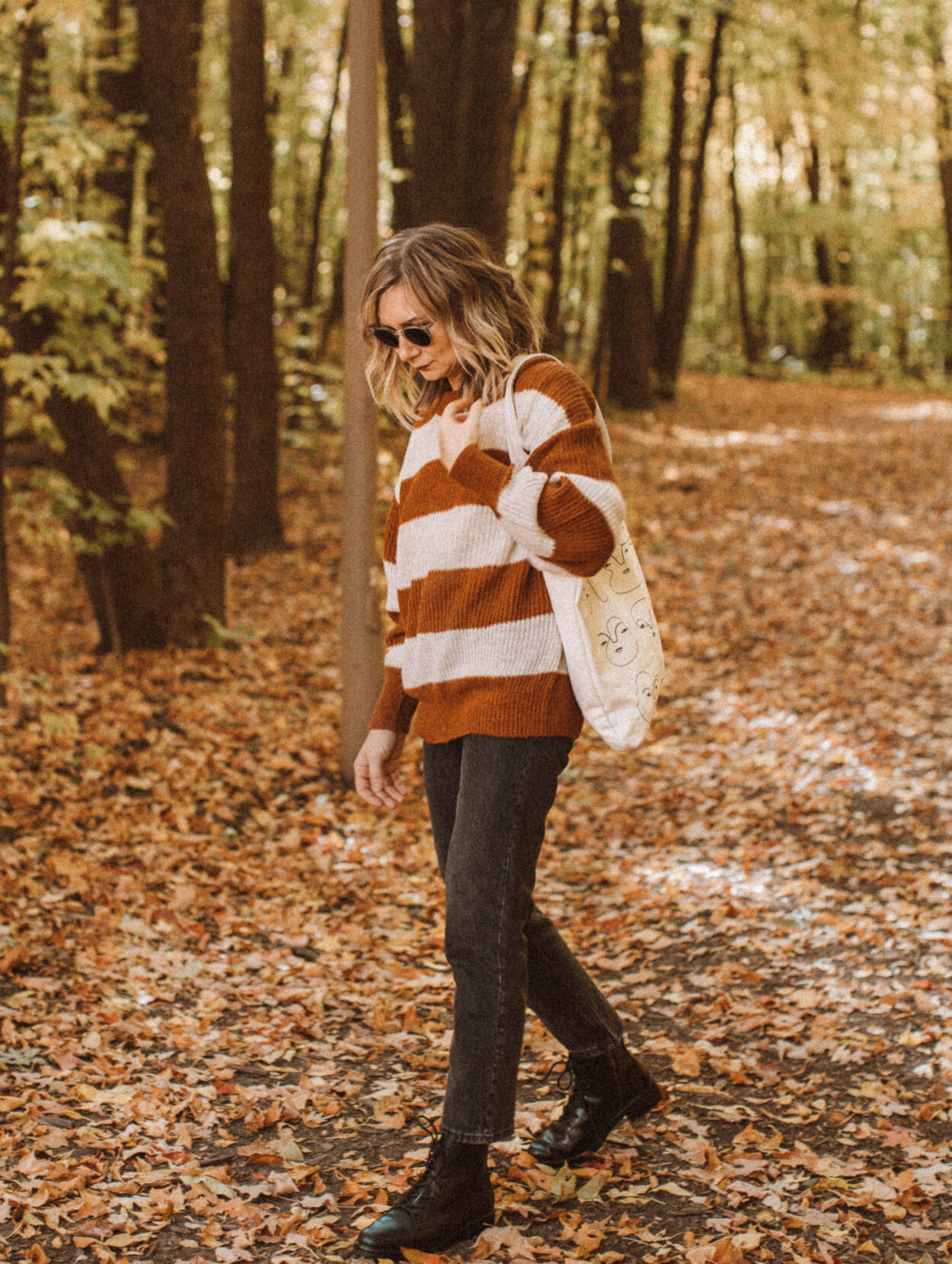 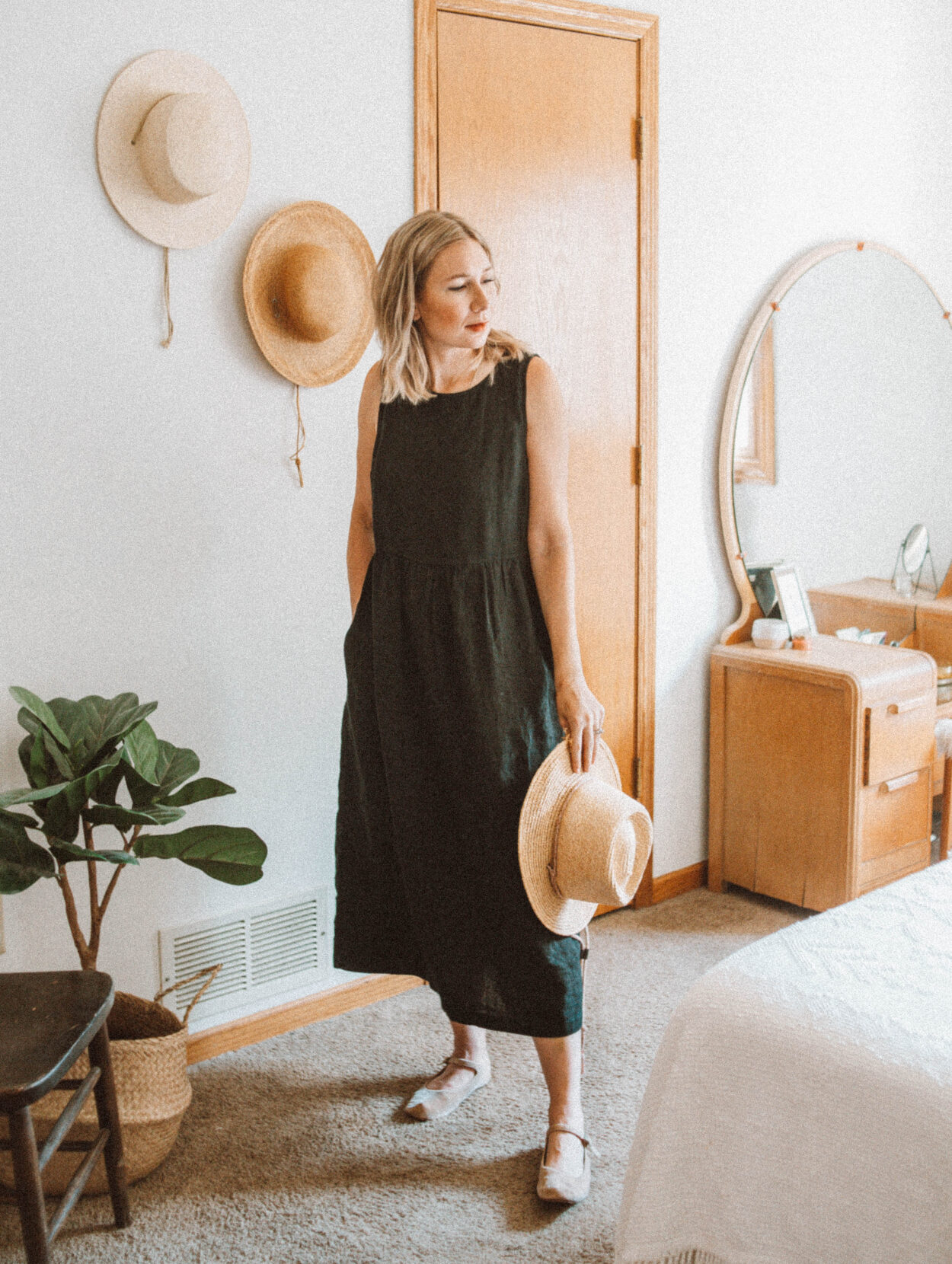 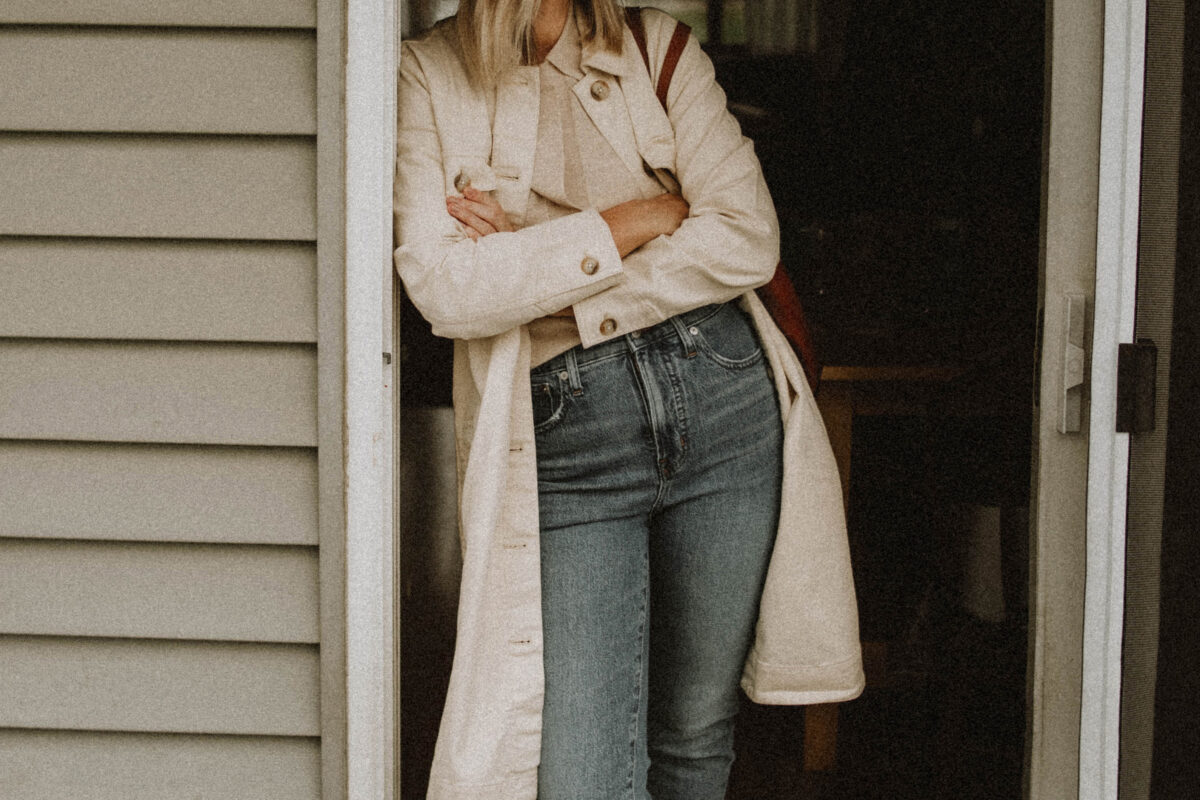 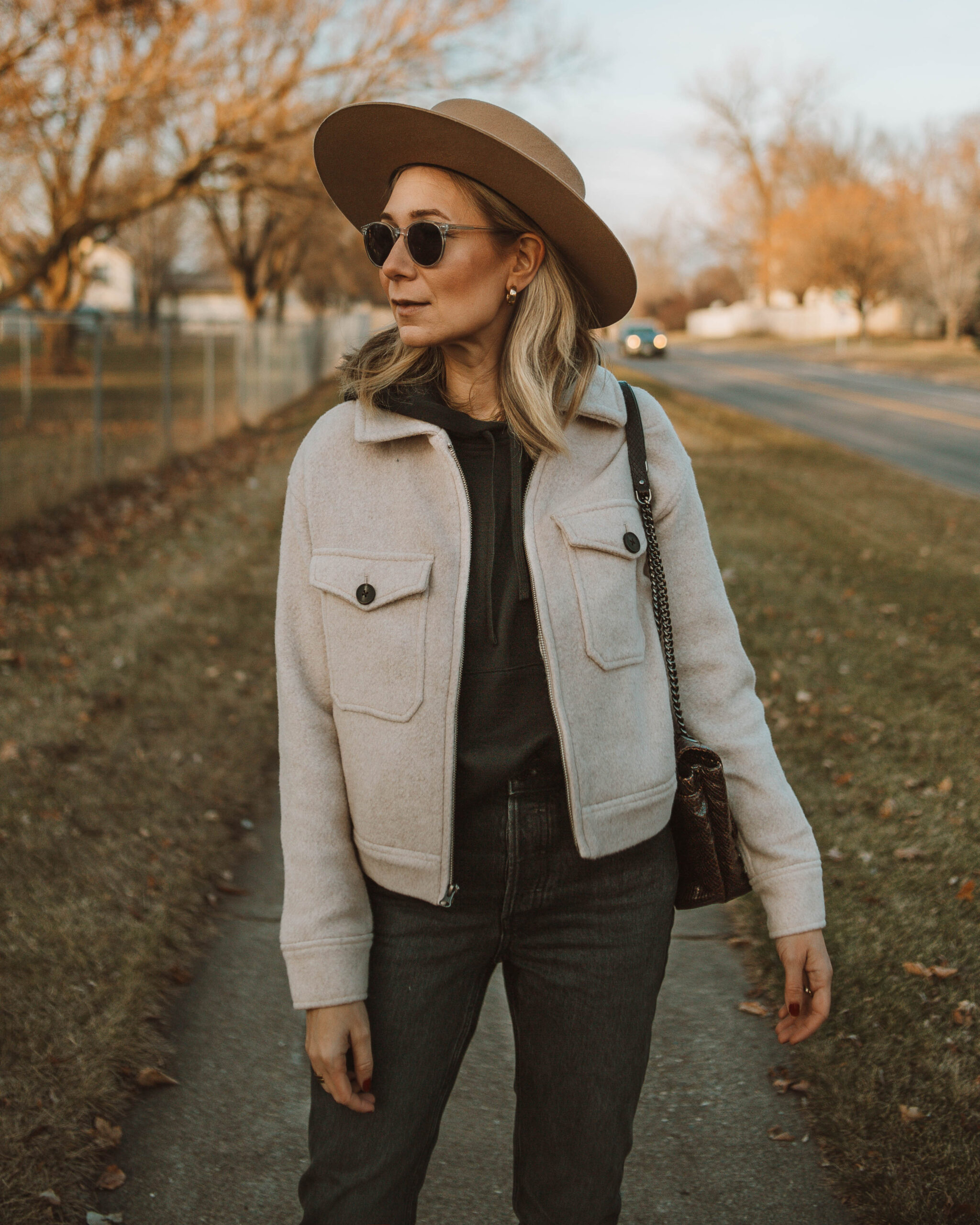